(PLEASE READ BEFORE PLAYING)
Warning for discussions of child abuse and depictions of aquatic life. Please proceed with caution if those triggers apply to you.

CREDITS:
-writing, code and art by errorwave
-game track ("wayward") by errorwave with help from creative_reality17

special thanks to Borksy, image to bitsy and the Bitsy discord for helping with my first game.

and thanks to you for playing.

this was such a good game! I did have a kind of disgusted/horrified expression though

thanks ! thats the intention :)

Really interesting imagery and storytelling, I like the split scenes, I had to loop through a couple times to read all the dialogue and parse all the visuals.

thank you! glad you enjoyed it

Impressive poetic value, albeit some two text-box turns too much for each interaction. Even though I do understand it was just an excuse to bring in the actual poems. The interactive aspect, appeared underdeveloped, also featuring options infact unreachable in the game, further building up the sense of puzzling detachment. Soundtrack did a good job with depicting the flat stillness of an unfulfilled life.

Too complicated for an actual game.

interesting analysis. i must say i am new at this whole interactive fiction thing and this helps a lot.

however i am a bit confused at the first and last parts of this. what does "two text-box turns too much" mean? are you saying there was too much dialogue per interaction?

and that final verdict....ouch, but once again i am a rookie lol. got any suggestions? things you might wish for in the future?

(also, maybe i should have made it clear but this isnt going to be a standalone story. this game is only the beginning of a larger narrative i plan on discussing.)

what does "two text-box turns too much" mean?

In the biggest picture, avoid making the player feel trapped in any mechanical kind of situation. By 'mechanical', I mean, if a dialogue box starts, for example, make the dialogue end before the player feels that the thing drags for too long and the situation cannot be escaped properly before it actually ends by itself. The same applies to puzzles of sort and stuff. But in short, yeah, the dialogues are too long. Consider splitting it between more encounters, but do not spam encounters. It will automatically force you to make the gameworld bigger and more complex.

and that final verdict....ouch, but once again i am a rookie lol.

I did not say it is bad. I said it is too complicated. Which means, the idea may require reconsideration. Maybe a change of emphasis.

Remember an old theatrical rule, which means, if there is a gun hanging on the wall in the first chapter, in the last chapter at the latest, the gun ought to fire, making a difference. Avoid purposeless stuff, as it is distraction and players sometimes feel offended for being mislead.

thanks dude! That’s some good advice and I’ll remember that for next time.

This was wonderful, the words were so poetic and bleak that I couldn't help but be drawn further in with each character or object I interacted with. Thank you for making this 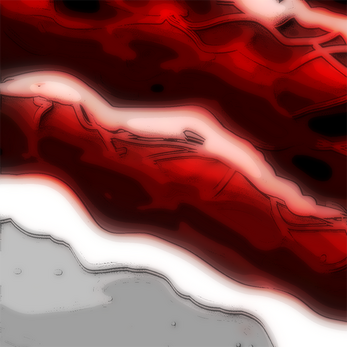